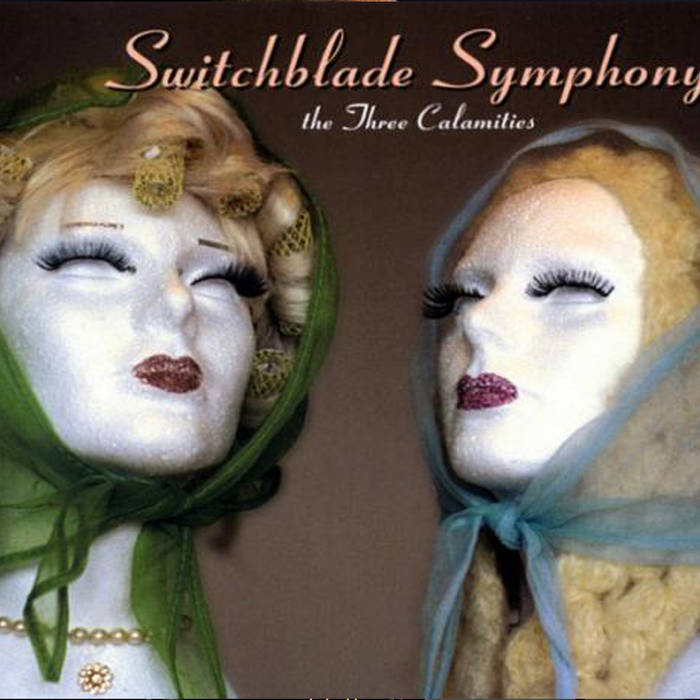 The Three Calamities is the third and final studio album from Switchblade Symphony.

"With 1999's The Three Calamities, Switchblade Symphony continue their evolution into one of darkwave's most open-minded and far-sighted groups. Jazzy and electronic elements sculpt deep grooves into songs like "Invisible" and "Copycat," while "Naked Birthday" and "Therapy" update the group's faster, more accessible style. Delicate pieces like "Monsters" and "Anmorata" show off Susan Wallace's compositional skills, and Tina Root's versatile vocals heighten the theatricality of "Wicked" and "Fear." The Three Calamities builds on Switchblade Symphony's prior musical successes and puts them ahead of the curve, resulting in the group's most interesting and accomplished album."
- AllMusic Review by Heather Phares

Switchblade Symphony's music combined orchestral sounds with heavy synth sequences and ethereal vocals to create a highly original sound resembling The Flower Duet sung over a twisted union of classical music and gothic rock. It might be compared with Rhea's Obsession, Siouxsie, Cindergarden, The Machine in the Garden, The Birthday Massacre, and Dead Can Dance. ... more

Bandcamp Daily  your guide to the world of Bandcamp